Sattriya, like every Indian classical dance form, is a representation of the Assamese Heritage and culture which has been preserved, popularized and practiced in the Sattra monasteries for more than 550 years. It is a powerful medium for propagation of bhakti faith based on Bhagavat Puran among the illiterate masses of the 15th century Brahmaputra valley spearheaded by Vaishnava saint and social reformer Mahapurusha Srimanta Sankaradeva.


It was first presented to the public eye in the play Chihna Yatra, a composite form of dance, music and drama by Srimanta Sankaradeva in 1468 A.D. Sankaradeva introduced this dance style in the form of dance drama called Ankia Nat and Bhaona, which is replete of music, drama and dance. After Sankaradeva’s demise in 1568 A.D., the latter apostolate and sattra residents skillfully adopted the pursuit of this dance form and because of the artistic innovations of the maestros and sattras, the scholars named this dance form as Sattriya. 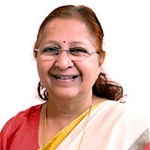 "Excellent, fantastic. Wish you all success. We are all proud of you." 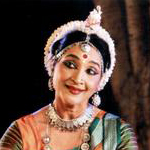 "A very talented and promising young dancer. May God bless you"